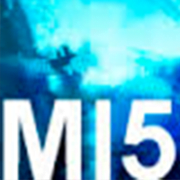 Up to half the staff at the Russian embassy in London could be involved in intelligence gathering, a senior source told The Daily Telegraph.

Around 40 Moscow spies are believed to be operating in this country at any one time. Some are involved in traditional state espionage, while others monitor London-based oligarchs or engage in industrial spying for the commercial benefit of Russian firms.

There are fears Russia will ramp up its efforts over the coming months while the UK security services focus on the Olympic Games and the Queen’s Jubilee celebrations. Britain’s close relationship with America is also hugely attractive for Russia who sees it as a “back door” to US intelligence, one expert warned.

Relations between the two nations have been strained in recent years, in particular following the murder of Alexander Litvinenko in London in 2006 and difficulties in extraditing the chief suspect Andrei Lugovoi.

French government officials have commented in the media in recent days about the potential for a terrorist attack in France and have said law enforcement authorities have assumed a heightened security posture. The French Ministry of Interior publicly confirmed reports that security officials are investigating relevant threat information. The Government of France’s new threat rating system, “Vigipirate,” is currently at red, the second-highest of four levels. In times of heightened security concerns, the French government augments police with armed forces, and increases visibility at high-profile locations. The Embassy maintains close communication with French law enforcement officials. At this time, we have no credible information about specific threats against U.S. interests or individuals. The Department of State continues to encourage U.S. citizens overseas to maintain a high level of vigilance and to take appropriate steps to increase their security awareness. 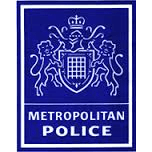 How many gangs are there in London?

According to our information there are 250 recognised gangs in London, comprising of about 4,500 people. They range from organised criminal networks involved in Class A drugs supply and firearms, to street-based gangs involved in violence and personal robbery. This relatively small number of people is responsible for approximately 22% of serious violence, 17% of robbery, 50% of shootings and 14% of rape in London.

Gangs exist in and around all parts of London but are more prevalent in about 20 boroughs.

Gangs are made up of mainly young people, aged between 18 and 24 years, but we have seen even younger children involved in or on the periphery of gangs. Gang-related violence exists in and affects all communities in London and our new task force will work with and for all communities to pursue gangs and gang members, regardless of their background.

Emergency powers to ensure police and security services can continue to access phone and internet records are being rushed through Parliament.

Prime Minister David Cameron has secured the backing of all three main parties for the highly unusual move.

He said urgent action was needed to protect the public from “criminals and terrorists” after the European Court of Justice struck down existing powers.

But civil liberties campaigners have warned it will invade people’s privacy.

“We face real and credible threats to our security from serious and organised crime, from the activity of paedophiles, from the collapse of Syria, the growth of Isis in Iraq and al Shabab in East Africa.

“I am simply not prepared to be a prime minister who has to address the people after a terrorist incident and explain that I could have done more to prevent it.”

He added: “I want to be very clear that we are not introducing new powers or capabilities – that is not for this Parliament.

“This is about restoring two vital measures ensuring that our law enforcement and intelligence agencies maintain the right tools to keep us all safe.”

Mr Cameron there would also be new moves to “increase transparency and oversight”, including:

Mr Cameron stressed that the data being retained does not include the content of messages and phone calls – just when and who the companies’ customers called, texted and emailed.

But the emergency Data Retention and Investigation Powers Bill would also “clarify” the law on bugging of suspects’ phones by the police and security services, when the home secretary issues a warrant, after concerns service providers were turning down requests.

“Some companies are already saying they can no longer work with us unless UK law is clarified immediately,” said Mr Cameron.

“Sometimes in the dangerous world in which we live we need our security services to listen to someone’s phone and read their emails to identify and disrupt a terrorist plot.”

WASHINGTON — In response to intelligence reports about plots being hatched by Al Qaeda’s affiliate in Yemen, the United States has, for the first time, asked officials at more than a dozen foreign airports to confiscate from passengers any electronic devices that cannot be turned on, American officials said on Monday.

The reports indicate that the terrorist group, Al Qaeda in the Arabian Peninsula, was trying to disguise explosives in devices like cell phones after repeated failed attempts to bring down an American airliner.

Its chief bomb maker has created several undetectable explosives in recent years that have led the United States to alter screening procedures.

“Aviation remains an attractive target to global terrorists, who are consistently looking for ways to circumvent our aviation security measures,” said one senior American official who did not want to be quoted by name discussing national security measures.

Islamist extremists continue to pose a significant terrorist threat to the UK and to UK interests and nationals abroad. Al Qaida in the Federally Administered Tribal Areas (FATA) of Pakistan, led by Ayman al­-Zawahiri, provides the ideological lead for the global Islamist extremist movement. A number of significant terrorist attack plots against the UK originated from Al Qaida in the FATA and they continue to provide training and motivation for extremists to carry out terrorist attacks in the UK.

The emergence of affiliate groups that pledge allegiance to the Al Qaida senior leadership in the FATA, has led to the diversification and growth of the threat from Islamist extremist terrorists around the world. The ‘Arab spring’ has been a key catalyst in increasing the number of Islamist extremist terror groups, some of which have shown the aspiration to attack the UK or UK interests and nationals abroad. The most significant groups are;

•Iraq: Islamic state of Iraq and the Levant or Al Qaida in Iraq (AQI)

All of these groups seek to kidnap Western nationals to obtain funding through the payment of ransoms to support their terrorist campaigns.

The majority of terrorist attack plots in the UK have been planned by UK residents. A recent example of a plot to cause mass-casualties with multiple improvised explosive devices was disrupted under Operation EXAMINE, which was planned by Birmingham based extremists. Eleven of these individuals were convicted in March 2013 for a variety of terrorist offences. There are several thousand individuals in the UK who support violent extremism or are engaged in Islamist extremist activity.

UK based Islamist extremists have supported terrorism by:

•Radicalising individuals to believe in the legitimacy of joining a terrorist network or carrying out a terrorist attack;

•Fundraising for terrorist networks often through criminal activity such as diverting money donated to legitimate charities;

•Acquiring false documents for use by terrorists;

•Attending outward bound training in the UK as preparation for travelling overseas to join terrorist groups; and

•Facilitating the travel of radicalised British individuals overseas so that they can join a terrorist group and potentially receive training and direction to plan an attack back in the UK.

Many UK residents have sought to travel to places such as Syria to take part in insurgencies. The majority of such individuals do not pose a threat when they return to the UK. However there is always a risk that such individuals may have become radicalised by extremists or even directly tasked by a terrorist group to carry out an attack in the UK.

7 July 2014 – Secretary-General Ban Ki-moon today strongly condemned the “continued, unlawful” acts of armed fighters in Ukraine after reports that they are regrouping in eastern provinces, and urged Ukrainian authorities to exercise maximum restraint and protect civilians.

According to media reports, armed groups have regrouped in Donetsk and Lugansk, from which more and more residents have fled and others are trapped in zones of heavy fighting.

On 30 June, an extended ceasefire that Ukrainian President Petro Poroshenko had put in place ended, resulting in Ukrainian forces to engage in what Mr. Ban termed “intensified military activity.”

Mr. Ban’s spokesperson said the UN chief also underscored the importance of a “renewed and lasting cease-fire upheld by all parties” and a political solution to the ongoing crisis.

“The continuation of a political and diplomatic process towards a definitive cessation of violence and a peaceful resolution of the crisis is critical,” he said.

She said that in the past week, her team had received numerous alarming reports of deaths in the Luhansk and Donetsk regions, including the killing of a five-year-old girl, due to the intensified security operations.

Ms. Pillay said she was particularly disturbed by a message on the website of one leader of the self-proclaimed “Donetsk People’s Republic,” stating that underage children and women are legitimate targets and that the goal is to ‘immerse them in horror.’